July 16, 2019 - Each year brings changes to the District’s administrative lineup and assignments due to expected retirements and attrition. This year, with the added layer of significant budget cuts and the need to reduce three administrative positions, there are several announcements to share. 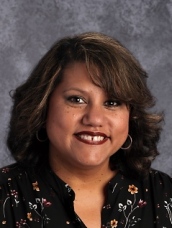 Previous Ladd Acres Elementary School Principal Francesca Sinapi is the new executive director of schools, taking the place of Grant Corliss who retired on June 30, 2019. Sinapi began her educational career 28 years ago as a teacher assistant in the Baldwin Park School District in California. Her first teaching position came in 1999 when she served as a bilingual classroom teacher and Structured English Immersion teacher in the same district. She moved to Oregon in 2001 and spent the next twelve years working as a classroom teacher, intervention specialist, and administrative intern in the Beaverton School District. In 2013, Sinapi joined the Hillsboro School District as principal of Ladd Acres Elementary School. At Ladd Acres, she created a schedule that allowed for collaboration among specialists and grade-level teachers; implemented a year-round after-school enrichment program that serves more than 300 students per quarter; prioritized language acquisition for all and cultural understanding by bringing the Chinese (Confucius Classroom) program to her school; and even fundraised the resources to build a wellness room, garden center, and gazebo. As executive director, Sinapi has direct oversight of approximately half of the District’s 25 elementary schools. 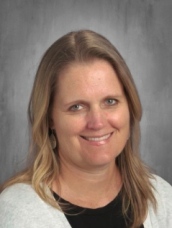 Taking Sinapi’s place at Ladd Acres is Jennifer Robbins. For the past six years, Robbins has served as an instructional coach, teacher, site technology facilitator, and administrative substitute at McKinney Elementary School. She was a member of the teaching and learning leadership team and oversaw Title I paraprofessionals. She also created and supervised STEM after-school activities and was a very successful grant writer in support of those activities. In addition, Robbins has served as a Smarter Balanced (SBAC) scorer, item writer and reviewer for the Oregon Department of Education since 2017. After beginning her career as an elementary classroom teacher in the Hillsboro and Beaverton School Districts, Robbins was a Teacher on Special Assignment for HSD, focusing on math curriculum and research and development. In that role, she developed math curriculum and assessment resources for teachers and principals, and also co-facilitated the Math Adoption Study Team for middle school math curriculum. In April 2019, Robbins was honored with a Crystal Apple Excellence in Education award from the Hillsboro Chamber of Commerce. 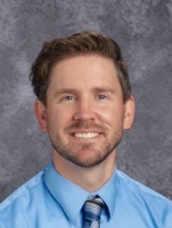 Previous McKinney Elementary School Principal Justin Welch is the new principal of South Meadows Middle School, taking the place of Mary Mendez who retired on June 30, 2019. Welch began his career as a fifth-grade teacher and grade level team leader in the Jordan School District in West Jordan, Utah. After five years in that position, he was given the opportunity to also serve as an administrative intern at the elementary, middle, and district office levels. Next, he was selected as the assistant principal of South Hills Middle School. In that role, he supervised the World Language, Social Studies, and Special Education departments at his school, and led professional development for all assistant principals in the district. He also collaborated with students and families on effective behavior and attendance interventions, and improved the school climate by creating video announcements focusing on student successes. After two-and-a-half years in that role and a brief time as principal of Midas Creek Elementary School, he moved to Hillsboro to accept the principal position at McKinney. Over the past five years, Welch has created a Spanish-language Parent Advisory Council (PAC), gained status as a Nationally Distinguished Title I School, guided the school to a trauma-informed approach and implemented a wellness room, established an on-site food pantry and clothing closet for families in need, received nearly $80,000 in grants to support student engagement, and expanded after-school programming to include thirteen robust offerings for students. 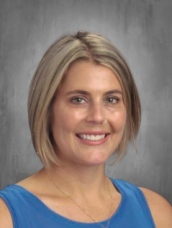 Taking Welch’s place at McKinney is Tristin Burnett. For the past four years, Burnett has been a dual language teacher for third- through sixth-grade students at Mooberry Elementary School. There, she proved herself to be a highly effective collaborator for school-wide systems - not only dual language, but also positive behavior support (PBIS), Advancement via Individual Determination (AVID), trauma-informed care, attendance, and more. In addition, Burnett has been a member of the Superintendent’s Future Leaders cohort for the past two years, and has served as an administrative substitute at Mooberry, Jackson, Brookwood, and Minter Bridge Elementary Schools. Burnett began her educational career as cooperating teacher of English language development at South Meadows Middle School and fourth-grade dual language at W.L. Henry Elementary School. She then spent four months at the Nido de Aguilas International School of Chile, collaborating with multinational educators, administrators, and students, designing instruction focused on language acquisition. Upon her return, Burnett spent a year teaching fifth-grade dual language at Swegle Elementary School in Salem before joining the team at Reedville Elementary School in Hillsboro as a dual language teacher for grades 3 and 4. After two years there, Ms. Burnett assumed her role at Mooberry. 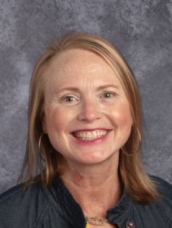 Leading Rosedale Elementary School is Erika Pierce, previous principal of Minter Bridge Elementary School. Pierce began her educational career in 1996 as a 6th grade teacher at Meadowbrook Intermediate School in College Place, Washington. After four years there, she took a job in the Hillsboro School District as the counselor at Groner. In 2002, she became the counselor at Imlay Elementary School (she spent the 2003-04 school year as a 5th grade teacher), and in 2008 she made the move to W.L. Henry. In the 2015-16 school year, she spent half of her time as the school’s counselor and half as its PLC coach. As such, she facilitated PLCs using data to help improve instruction and, ultimately, to increase students’ academic performance. Pierce accepted the position at Minter Bridge in 2016. She has a passion for equity, classroom guidance, and community-building, and is a collaborative leader. 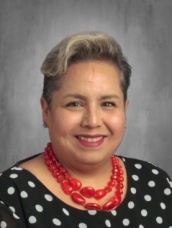 Taking Pierce’s place at Minter Bridge is Martha Rodriguez, previous instructional coach at Eastwood Elementary School. Rodriguez was a dual language classroom teacher at Minter Bridge for six years before assuming her position at Eastwood in 2016. As an instructional coach, Rodriguez collaborated with teachers on evidence-based practices and modeled lesson delivery. She also supported school-wide climate and culture efforts while integrating trauma-informed practices, and helped coordinate Right Brain programming. For the past three summers, Ms. Rodriguez has served as the principal of the District’s summer school program, overseeing several hundred students spanning grades K-12. As principal, she created the master schedule; coordinated special events; and developed and aligned curriculum, instruction and assessments, among many other duties. 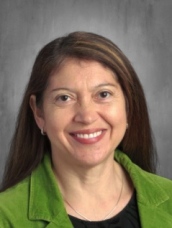 Leading Reedville Elementary School is Berta Lule, previous assistant principal at Lincoln Street Elementary School. Before accepting the assistant principal position in 2015, Lule had several years of experience in the Hillsboro School District. She taught at W.L. Henry Elementary School in both English-only and in English-Spanish Dual Language classrooms from 1996 through 2012. She then spent two years working as a Bilingual Instructional Coach for both Henry and Reedville Elementary Schools before filling the same role at Mooberry Elementary School. At Lincoln Street, Lule proved herself to be a valuable member of the administrative team. Adept at communicating with both staff and families, Lule is committed to equitable practices that close the achievement gap and lead to high-quality education for all students. 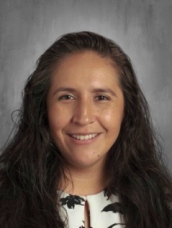 Joining Principal Carmen Brodniak at Lincoln Street Elementary School is Teresa Vázquez, previous assistant principal at Orenco Elementary School. A former HSD student, Vázquez spent twelve years working as a Dual Language teacher at Vose Elementary School in Beaverton at both the first- and second-grade levels before accepting her administrative position at Orenco in 2016. At Vose, she also coordinated both regular and ELL/Migrant Summer School, and served as a cooperating teacher at Portland State University. Fluent in English and Spanish, Vázquez is skilled in classroom management and curriculum articulation, and is a strong collaborator. 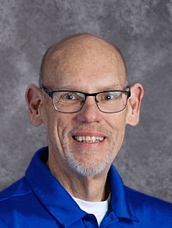 Gregg O’Mara, previous director of alternative programs, is joining the Student Services team as a director. Prior to his leadership of Miller Education Center and the District’s other alternative programs, which began in 2014, O’Mara was the principal of Liberty High School for eleven years. He served as a special education teacher and department coordinator early in his career, which will serve him well in his new position. O’Mara has a passion and commitment to equitable and appropriate access to learning for all students, as evidenced by his launch of Big Picture Learning at the Miller West campus two years ago. Big Picture is based upon real-world experiences and student-directed learning, and has proven to be a popular option for some of our high school students. 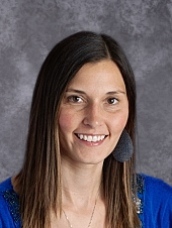 Taking over as principal of alternative programs is Tiffany Mosqueda, previous assistant principal at Century High School. Prior to accepting her role at Century in 2017, Mosqueda had worked at Miller Education Center since 2011. She initially served as the Harkins House and Washington County Jail program teacher, and then became the GED program teacher in 2014. In the latter role, Mosqueda restructured the GED program to allow students greater access to educational support and technology, while increasing the number of GED graduates every year. In 2016-17, she served on the Finding 4 committee, which focused on building relationships and knowing every student by name, strength, and need. That year she also co-led the 8.5 Summer Bridge program for at-risk eighth-graders heading into high school. Early in her career, Mosqueda worked at Lakeridge High School as their development teacher and preschool program director. Mosqueda excels at developing relationships with students, staff, and families. 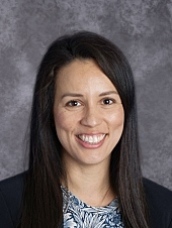 Serving as the new assistant principal at Century High School is Jeniffer Modolo, previous K-12 bilingual programs teacher on special assignment. In that  role, Modolo supported English Learner (EL) case managers, EL specialists, bilingual assistants, content teachers, and building administrators in implementing effective sheltered and FIELD instruction for all K-12 EL students. She has stepped into various administrative roles in the District for administrator absences and leaves during the past two years. Prior to joining HSD, Modolo was a Spanish teacher at both Westlake High School in Westlake Village, CA, and at West Linn High School in West Linn, Oregon. Modolo is bilingual in English and Spanish, is a skilled communicator, and a creative and passionate leader. 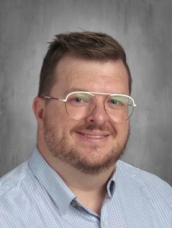 Matt Nova, previously a coordinator of student services, is now the assistant principal of Evergreen Middle School. Nova has worked for the District since 2005 when he was a special education teacher in self-contained classrooms at Imlay and Lenox Elementary Schools. In 2007, Nova moved to Evergreen and served as the Life Skills coordinator. After seven years there, he transitioned to the District Office and was a support specialist in the Student Services department, working with school-level teams to increase inclusion opportunities and access to the general curriculum for special needs students. He has been a coordinator in the department for the past four years. Nova looks forward to the opportunity to return to Evergreen and serve in a role where he will interact with and support all students, staff, and families. 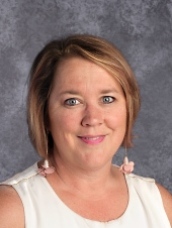 Serving as the new assistant principal at Liberty High School is Celia Murray, previous assistant principal at Evergreen Middle School. Murray began her career teaching Physical Education, Special Education, and Science in various districts in the United States and abroad (Maryland, California, and Thailand). She moved to Oregon in 1995 and taught Spanish I and English electives at both the middle and high school level in Lakeview. Murray began working for HSD in 2000, teaching Science, Social Studies, Family & Consumer Science, Spanish, and Leadership at J.B. Thomas Middle School. After six years there, she accepted a teacher on special assignment (TOSA) position at the District Office, then spent the following year as a half-time TOSA and half-time principal at McKinney Elementary School. In 2008, she took over as principal of McKinney, and in 2012 transitioned to her most recent role at Evergreen.

“I am confident that our administrators will do excellent work in their new roles,” noted Superintendent Mike Scott. “I appreciate everyone’s flexibility and teamwork as we adjust to the changing realities we face and work, as always, to do what’s best for students.”