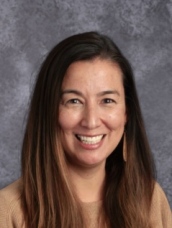 Because Spitzer had kept the District informed of her search for a superintendency, work had already been taking place behind the scenes to identify a replacement. Therefore, Scott was also able to share that Audrea Neville, current executive director of middle schools and elementary schools, will be appointed as the next assistant superintendent.

Neville has worked in the Hillsboro School District since 2000 when she taught at Poynter Middle School. After six years in the classroom, she moved to the District Office as a teacher on special assignment (TOSA), and then transitioned to dean of students at R.A. Brown Middle School in 2007. Three years later, she became assistant principal of R.A. Brown, and in 2013 served as the assistant principal of Poynter. The following year, she was named principal of Patterson Elementary School, where she remained until her promotion to the executive director position in 2017.

Scott expressed appreciation for Spitzer’s leadership and noted that Oregon City “...is incredibly fortunate to be gaining a leader of Dayle’s caliber. Her skillset, insight and compassion for kids will benefit the community in incredible ways. I would like to thank Dayle for her years of service and all that she has done for the students of Hillsboro, and wish her nothing but the best in this new venture.”

He then turned his praise to Neville and his confidence in her readiness for the assistant superintendent role: “Throughout her tenure as executive director, Audrea has proven to be a systems-thinker who remains calm and decisive under pressure. She has led the District’s middle school redesign work, which has included the addition of a 7th period and the transformation of shop classes to 21st century STEAM and career exploration labs. She has also supported elementary schools with a strong instructional focus around engagement and differentiation…I am grateful for her willingness to serve the District in this expanded capacity.”

Neville’s executive director position will be posted internally from April 29 through May 6.