November 26, 2018 - Last fall, we told you about the Hilhi Girls Soccer team giving “secret sister” gifts and a $500 donation to their rivals at Hood River Valley (HRV) High School in support of relief efforts for the Eagle Creek Fire that devastated the Gorge. This year, the team decided to donate another $1,500 toward rebuilding efforts, keeping the spirit of giving alive.

Coach Dean Miyama said it was easy for him and the team to make the decision to help out HRV again because their players compete hard and are extremely respectful of the game and their opponents. He also said he didn’t want last year’s donation to be a one-and-done thing. He wanted to remind the Hilhi players that the spirit of giving should continue, especially because the Gorge will never be the same and will take many years to heal.

Inspired by the donation last year, HRV’s Girls Soccer team engaged in their own fundraising and earned more than $1330 that they divided between local non-profit organizations. Their efforts were another motivating factor for the Hilhi team.

“Hood River almost tripled what we raised last year, so we wanted to at least raise as much money as they did,” noted Miyama. “We are fortunate to have a fundraising partner that is very good for our program, and we know that most communities have to work a lot harder at fundraising than we do. The Mt. Hood Challenge tournament that we host at Hilhi over the summer helps both the boys and girls soccer programs afford necessary gear and equipment each year, but has also allowed us to make the donations to HRV.”

Miyama continues: “One of our players last year made a comment about how good it felt to do something nice for someone else, so I wanted that to continue as well. More than the lessons learned from being part of a team and competing, it’s nice for the players to embrace the fact that we need to help out everyone, not just friends and family, but strangers and opponents as well.”

HRV coach Kevin Haspela said he and his team were shocked by the kind donation last year, and even more so this fall: “I told Coach Miyama that each of our communities have needs and citizens who could use some extra help, but he replied that ‘The Gorge has just begun to heal. It’s our playground, but it’s your backyard.’ I am appreciative and impressed by the coach’s vision and ability to make connections between our teams that extend beyond the lines of the field.”

The HRV Girls Soccer team spent a day trailbuilding at Punchbowl Falls and has asked the Hood River community to help them raise money for the rebuilding efforts. Between last year’s and this year’s contributions from the Hilhi Girls Soccer team and their own fundraising, more than $4,000 has been donated to fire relief efforts in the Gorge.

Way to go, Hilhi and HRV Girls Soccer teams! You are an inspiration to us all.

Scroll down to see photos... 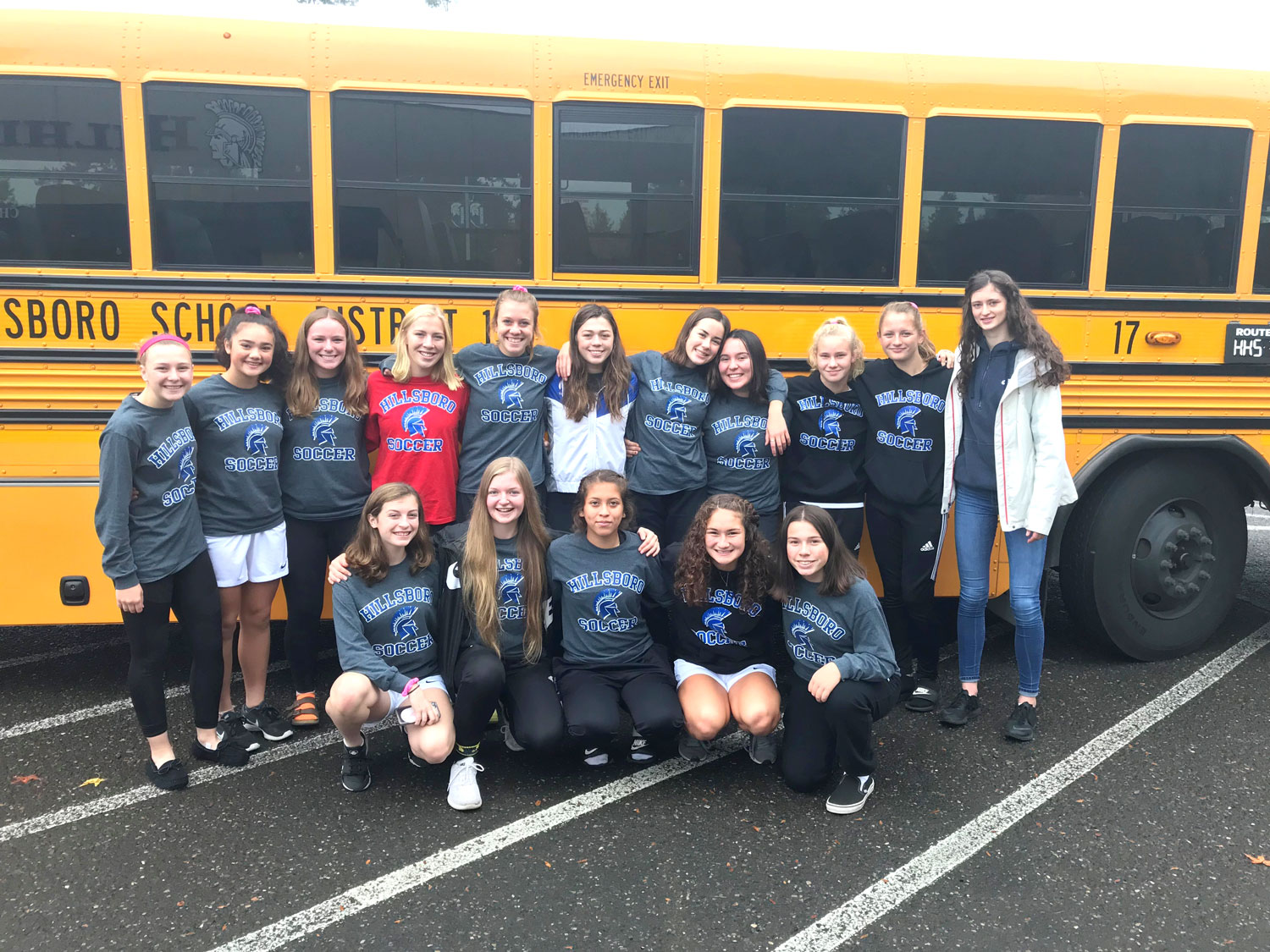 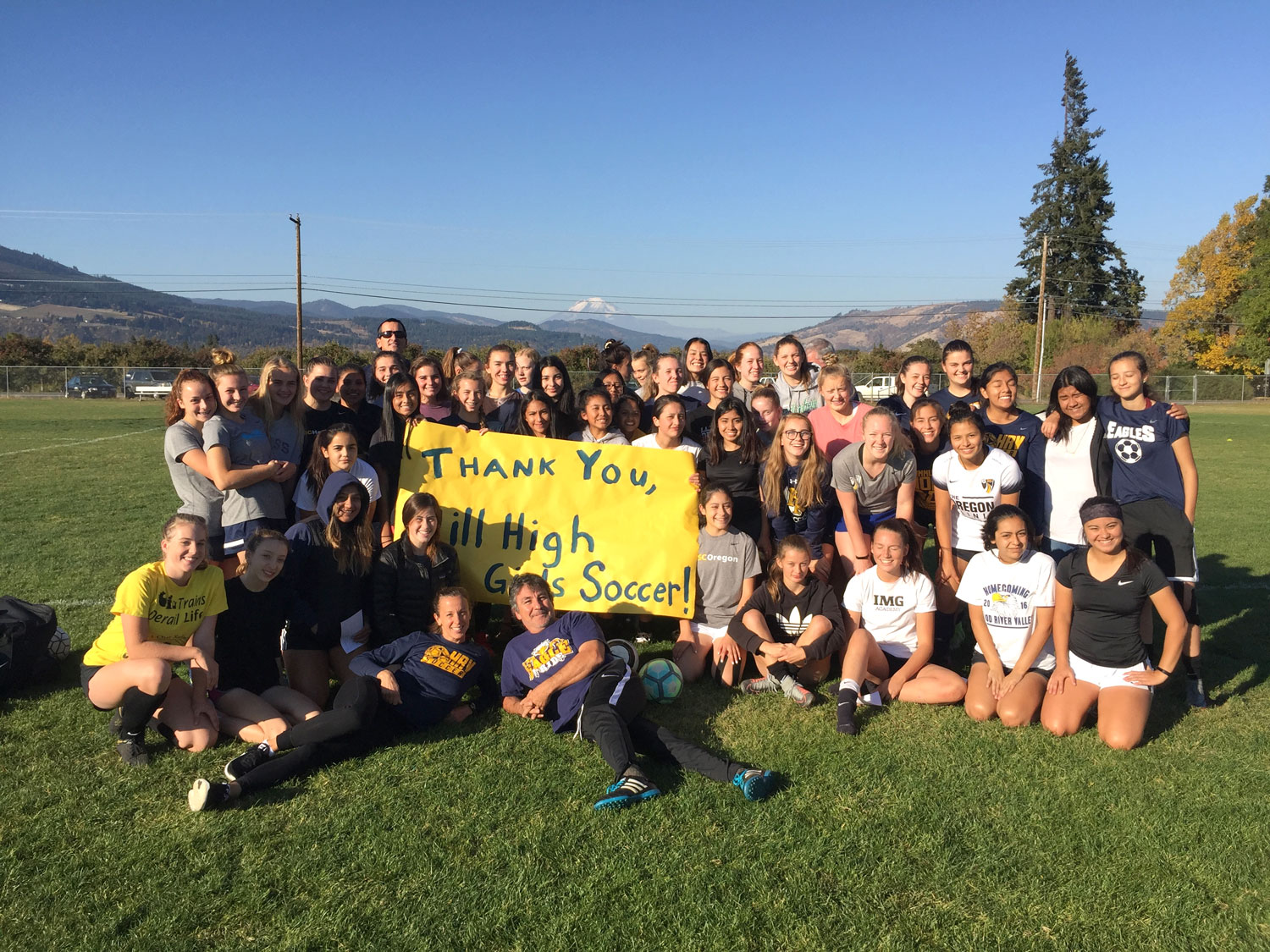 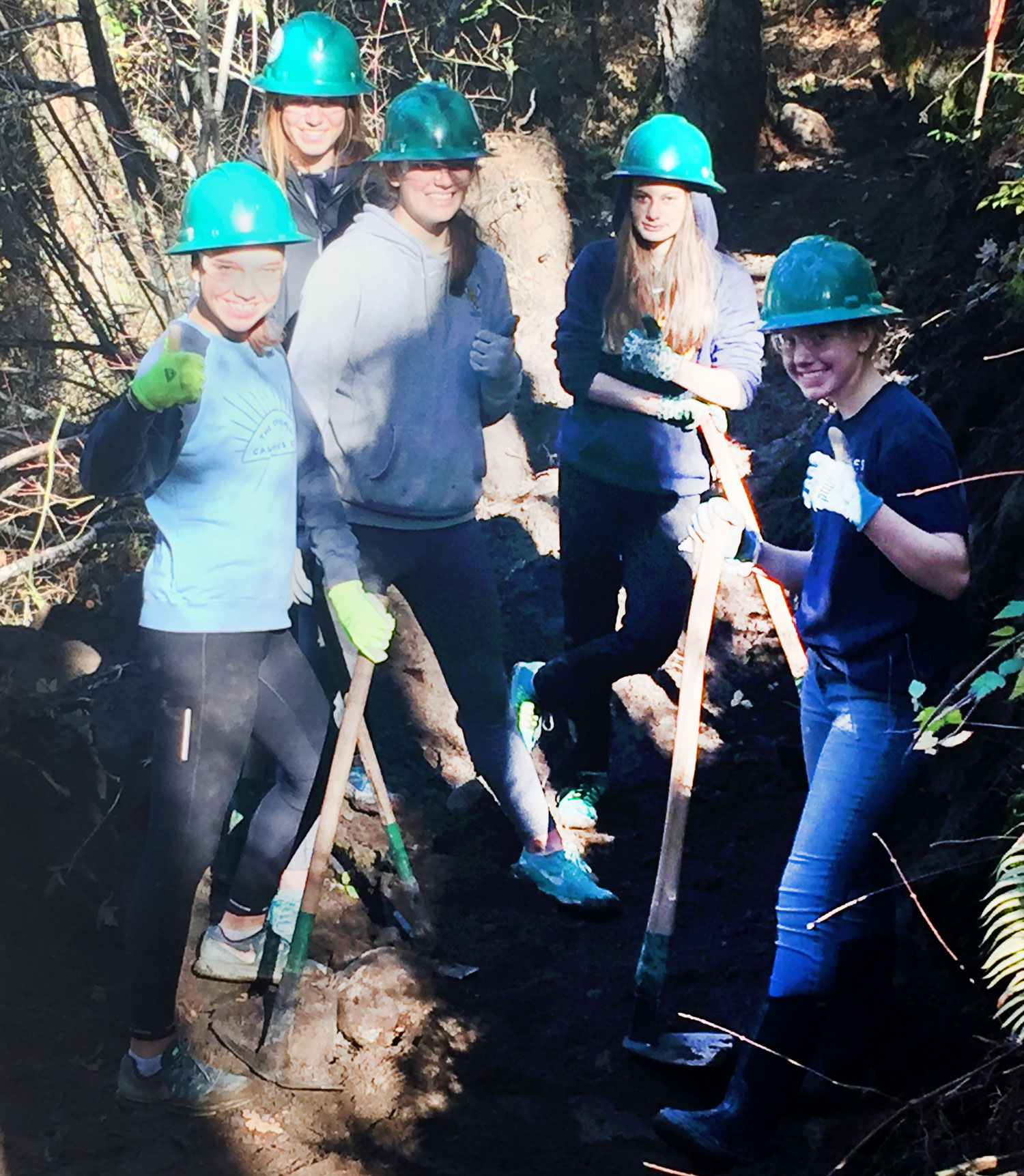