The concept was originally developed by Rachel’s oldest sister Savannah and her technology teacher Don Domes. It has been so successful over the years that management of the camps has been passed down through the siblings – first to sister Ashley, then to Rachel. Each of the Loberger sisters has put their own touch on the camps, with Rachel’s being the development of a boys’ camp last summer – Boys Build IT – and addition of new topics like cybersecurity.

This year, Rachel had the added challenge of deciding what to do about the camps in the face of a global pandemic. Rather than cancel, she opted to take the camps virtual.

Coming from a generation that grew up with technology in the palms of their hands, it was not a question of IF she could pull off a virtual camp, but HOW. She approached the problem with curiosity and determination and pushed the boundaries of technology to engineer a solution.  Surrounded by six laptops and armed with a headset, Rachel set up her command station and assembled her teaching staff.

Those teachers are classmates at Rachel’s school and fellow National Center for Women and Information Technology (NCWIT) award winners in Alaska. These young women have a passion for technology and for helping girls learn the skills that could spark a lifelong journey in the STEM fields.

With the camps going virtual this year, the location of the campers was no longer confined to the greater Hillsboro area. In fact, Rachel had campers from five states, including California and New York!

Over the course of the week, campers learned Binary, HTML, Cybersecurity, Programming (by making a computer game), Computer-Aided Design, Circuits, and more via lessons the teachers had filmed in advance. The benefit of pre-recording the lessons was that teachers were then free to answer campers’ questions in the chat as the video was playing. After each lesson was complete, campers were sorted into breakout rooms where they could explore the topic in smaller groups and dive into what interested them most. Following breakout rooms, all campers and teachers returned to the main room where the campers could share their favorite part about the lesson and take an interactive quiz.

Throughout the week, inspiring guest speakers dropped into the sessions to talk about their STEM careers. These guest speakers were previous campers, camp teachers, camp directors, or other female STEM professionals connected to or inspired by the camp.

Though campers weren’t able to use 3D printers or blend up microwave cake with power drills, they all learned, grew, and had a great experience. The Girls Get IT motto has always been: Encouraging Girls, Building Confidence, and a global pandemic has not stopped them! 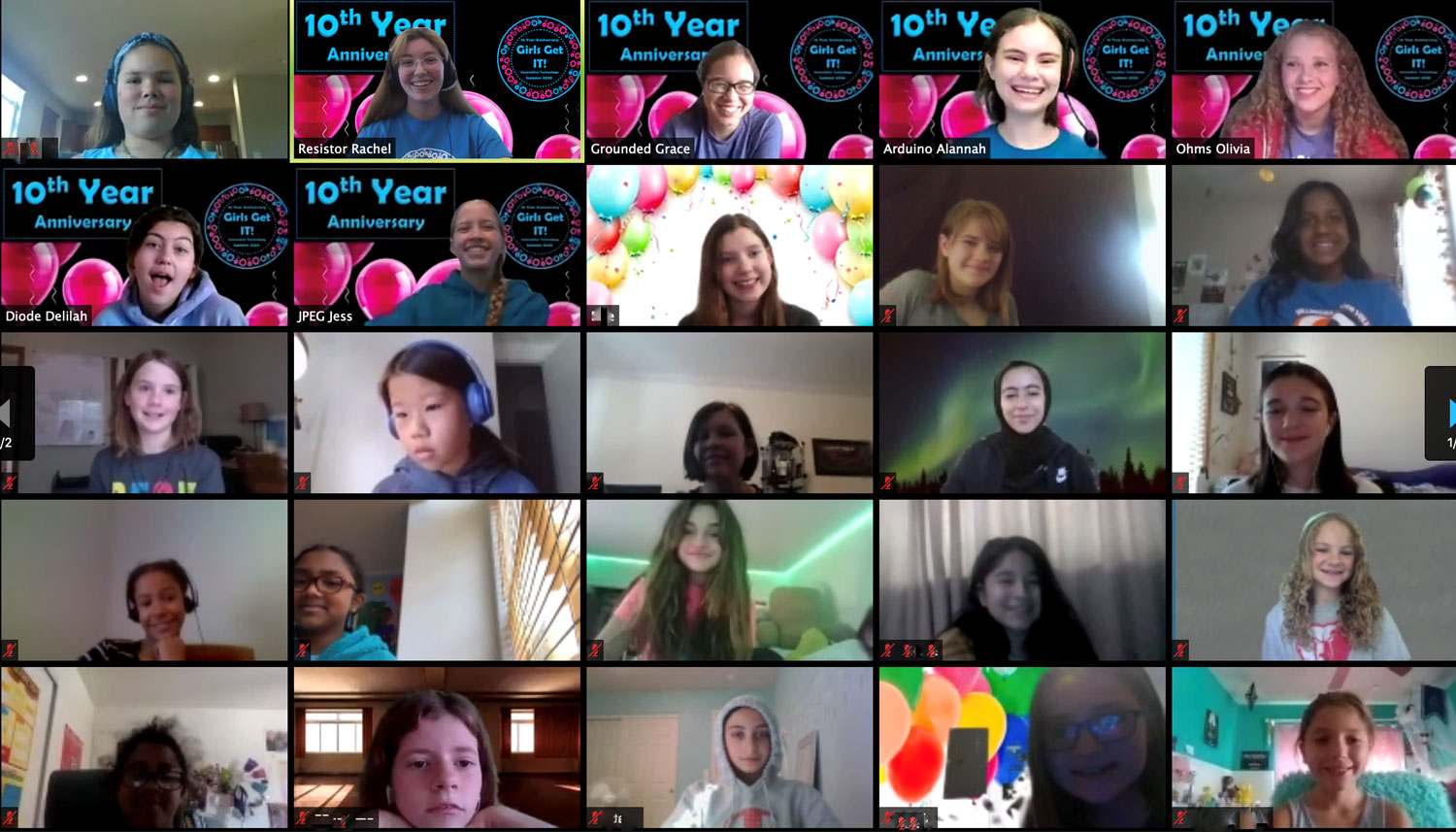